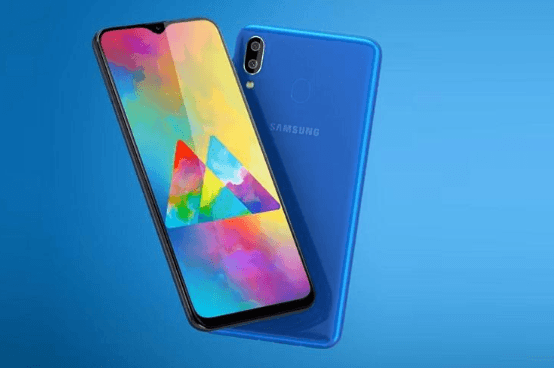 After hyping these devices for so long Samsung has finally made the Galaxy M10 and M20 official.In this video, we’ll take a look at the top 5 features of the Galaxy M20, a device that could bring back the customers that Samsung lost to the Chinese OEMs.The Galaxy M20 has a freaking 5000mAh battery.This is the second time ever that Samsung used such a high capacity battery on their phones.Having a 5000mAh battery on a phone does not always guarantee a good battery life, but you can be sure that you will get at least more than a day’s of juice out of the device.And considering this is a budget phone with a processor that isn’t resource hungry, Ican almost say with certainty that this device will go 2 days at least without you need to plug it back again.The M20 has a 6.3″ FHD+ display.When you think about it, the iPhone XR which costs $750 in the US and over $1000 in India has an 800 ish pixel display and this phone which only costs $150 has an FHD+ display.Anyway, it also has a notch which I’m not a fan of but hey this thing costs 150 bucks and it’s less intrusive than some of those bigger notches out there.So I guess it’s only fair not to complain about it.It also comes with fast charging support and most importantly, the fast charger is included right out of the box.The wattage is the same as you can find in their flagship phones which is 15W.

If you compare it to Apple, they provide a meager 5W charger with their $1000 phone.So yeah, bringing the fast charging tech with USB type C to the M20 is something to be appreciated,as not many devices come with this functionality in this price range.There’s a 13MP primary sensor at the back coupled with a 5MP ultrawide sensor for taking ultrawide photos.Samsung has beaten every Chinese company by including this wide angle lens because none of the Chinese phones has a wide angle camera.So Samsung has thought things through rather than just releasing devices for the sake ofit.It also has Samsung’s new chipset.This is different than Samsung’s past chipset because two of its eight processor cores areof the Cortex-A73 variety (the other six are Cortex-A53 cores).Samsung has traditionally used chipsets with only power-efficient cores for budget phones,which was the main reason for the poor performance.But this chipset is gonna change that as Samsung says it’ll comfortably play resource intensive games like PUBG absolutely fine.Of course, that being said, these are the official prices for the Galaxy M10 and M20.Quite impressive considering the value it provides and a series like this was needed for Samsung to be honest because Xiaomi overtook Samsung in the Indian market with a market share of 28%.So hopefully these new devices help Samsung to regain those lost customers.