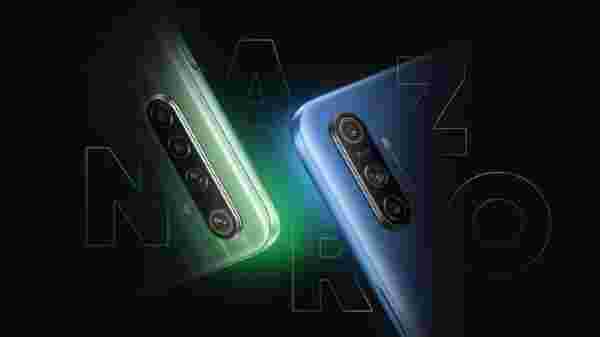 Quickly after the preliminary rumors relating to the Narzo sequence, it was confirmed that there can be two fashions – the Realme Narzo 10 and Realme Narzo 10A. These new smartphones will be a part of the corporate’s rising portfolio of gadgets and are anticipated to achieve success.

The Realme Narzo 10 and Narzo 10A are slated to be launched through a web-based occasion at 12:30 PM at present. The launch occasion can be stay streamed on the corporate’s Fb and YouTube channels for customers to meet up with the stay updates as they unfold on the occasion. In case you are fascinated by catching up with the Realme Narzo 10 sequence, then you possibly can take a look at the video beneath.

Realme Narzo 10 Sequence: What To Anticipate

Already, Realme has confirmed that the Narzo 10 sequence will arrive with a number of variations aside from a 5000mAh battery alongside fast-charging assist and a quick charger bundled within the field. It has additionally been confirmed that the upcoming Realme smartphones will arrive with a 6.5-inch display that includes a waterdrop notch and a screen-to-body ratio of 89.8%.

The teaser photos from the corporate present the presence of a triple-camera setup on the rear of the Narzo 10Some time the Narzo 10 is seen to have a quad-camera setup at its rear. Additionally, the latter is confirmed to function a 48MP main camera sensor. It has additionally touted that the Narzo 10 sequence smartphones can have an A-Class processor and not too long ago it was confirmed to be the MediaTek Helio G80 SoC. Realme Narzo 10 Sequence: How Will It Influence Rivals?

Beforehand, it was revealed that the Realme Narzo 10 might be priced between Rs. 10,000 and Rs. 15,000. Whereas there is no such thing as a official affirmation relating to the identical, we are able to count on the Realme Narzo 10 sequence can be reasonably priced and spectacular gadgets that may compete towards the likes of smartphones from Redmi, Honor, Samsung and others.

Planet Computer systems’ Astro Slide is a smartphone and PDA in...