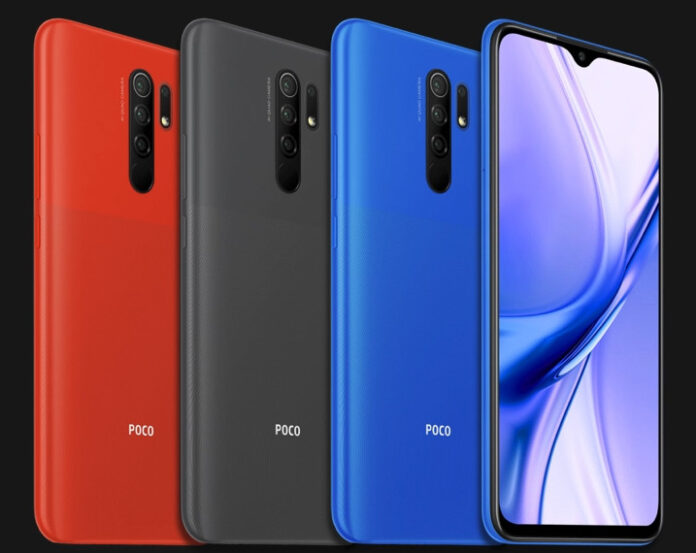 Poco has announced that the Poco C3 will be sold in India from this Tuesday, October 6. In a promotional video posted on Twitter, the brand revealed that the phone features triple rear cameras, with a 13-megapixel primary lens, as well as macro and depth sensors.

The lenses are arranged in a square module in the upper left corner of the device and come with an LED flash. The Poco logo is positioned just below the cameras. More information about the device’s specifications will be revealed in the coming days on the retailer Flipkart’s platform.

Previous leaks from the Poco C3 sales box indicate that the model has 4 GB of RAM and 64 GB of internal storage memory. Rumors also suggest that the smartphone will reach stores with an initial price of Rs 9,999.

Poco C3 could be a rebranded Redmi 9C smartphone

Another speculation points out that the Poco C3 might just be a rebranded version of the Redmi 9C. Both devices share a triple set of cameras and the same configuration for the primary sensor. However, while the specifications for the new release’s depth sensor and macro lens have not yet been confirmed, in the Redmi 9C, both cameras 2-megapixel.

If rumors are to be believed and the smartphone is indeed a new version of the Redmi 9C, then the Poco C3 is likely to have a 6.5-inch HD+ IPS LCD screen with a 20:9 aspect ratio, a pixel density of 260 PPI, and 400 nits brightness. The phone will run Android 10 with MIUI 12 on top.

Some specifications have already been confirmed by Realme. The C3 is powered by the MediaTek Helio G35 octa-core SoC, coupled with the Adreno 610 GPU. The smartphone also packs a 5,000mAh battery that supports standard 10W charging. Other features include a rear-mounted fingerprint scanner, 4G VoLTE connectivity, Wi-Fi 802.11, Bluetooth v5.0, GPS/ A-GPS, and a MicroUSB 2.0 port.

The Morning After: Powerbeats (2020) overview

Nawaz Sharif Possible To Be Shifted To US For Higher Therapy:...

Streaming will not get simpler or cheaper