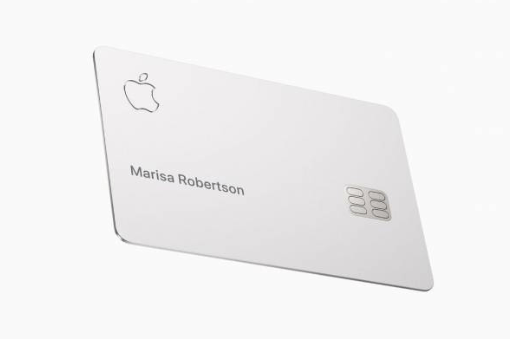 Buying an iPhone on credit is no longer a problem Apple introduced its own Apple card the card is added to the wallet app on the iPhone and can be used worldwide in all stores that accept Apple pay payments a credit card is smart it analyzes the users spending and tells him how he can cut costs the card is also exempt from taxes and supports the system of daily cashback from each purchase a new Apple card is used for no fees lower interest rates as well as a regular cashback.

Apple will return up to three percent of the amount of each purchase back to the card two percent is returned for each purchase three percent for purchases at Apple cashback will be performed daily without any restrictions on the number of purchases the card is issued in the bank Goldman Sachs at the bank customers can get a physical titanium Apple card which can also be used to pay all the benefits of an Apple card there are no numbers on the card not even a CVV a credit card Apple card can be issued only in theUnited States since the summer of 2019 whether Apple plans to launch it in the future in other countries is currently unknown.