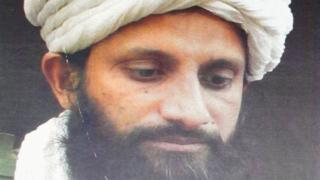 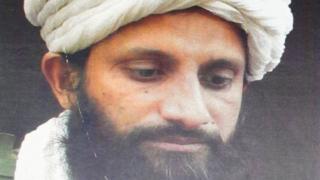 A key al-Qaeda chief has been killed in a joint US-Afghan navy operation, in response to Afghanistan’s intelligence company.

Asim Umar, the top of al-Qaeda within the Indian Subcontinent (AQIS), died in a raid on a Taliban compound in Helmand province on 23 September, the Nationwide Directorate of Safety (NDS) mentioned.

A minimum of 40 civilians have been reported to have been killed in the identical operation.

The US and al-Qaeda haven’t confirmed Umar’s demise.

In a press release shared on Twitter on Tuesday, the NDS mentioned the joint US-Afghan raid passed off at a compound within the “Taliban stronghold of Musa Qala” district, the place Umar and different AQIS members “had been embedded”.

It mentioned six different AQIS members have been additionally killed, “most” of whom have been Pakistani.

Raihan, Umar’s “courier” to al-Qaeda chief Ayman al-Zawahiri, was named as a type of killed.

The NDS shared photos purportedly exhibiting Umar each alive and useless alongside the assertion.

Additional particulars of the operation and what occurred to the our bodies weren’t instantly clear.

Officers additionally mentioned air strikes carried out as a part of the identical operation had killed at the very least 40 civilians attending a marriage celebration.

A minimum of 40 civilians have been killed within the operation

Umar has headed AQIS since its formation in September 2014.

Little is understood about him however he’s mentioned to be a Pakistani militant who spent years within the city of Miranshah, a former militant stronghold in Pakistani tribal areas close to the Afghan border.

He’s additionally reported to have labored with Kashmir-focused teams corresponding to Harkatul Mujahideen and Jaish-e-Mohammad previous to becoming a member of al-Qaeda.