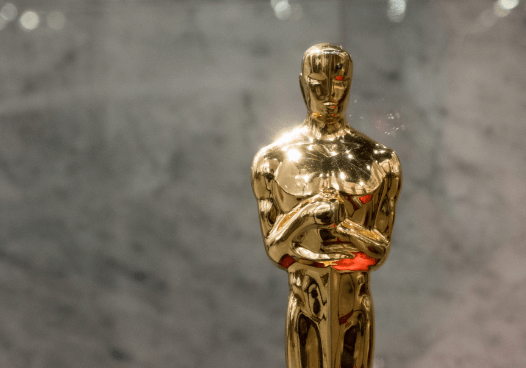 The Academy Awards may be an American event, but we Brits have a habit of sneaking ourway to the top of their ranks. Today we’ll be counting down our picks for the Top 10 Oscar-Winning British Films.For this list, we’ll be taking a look at the best of the best: British films that havet aken home the Academy Award for Best Picture. We are only including films that were produced or co-produced by film companies based in the UK, so movies with a British cast or theme which were funded elsewhere, such as “Shakespeare in Love” or “Braveheart”, do not count.For this list, it’s what’s behind the camera that matters, not in front of it.A royal occasion to kick start our countdown, Colin Firth takes the lead for this historical drama, which chronicles the journey of King George VI to the throne of England, whilst over coming a speech impediment. The film was the toast of the Oscars back in 2011, thanks to its excellent performances and rousing period story. It not only took home Best Picture,but also Best Director, Best Original Screenplay, and Best Actor for Firth, who also won the approval of Queen Elizabeth II for his portrayal of her father.Though often criticized for its epic length and historical inaccuracies, the majority of those who did sit through this war drama about Hungarian explorer, Laszlo Almasy, found it to be highly engaging. Clearly, the Academy were especially impressed, because the film not only took home Best Picture, but eight additional Oscars.

Though it may not be as fondly remembered as fellow 1997 nominees like “Fargo” and “Jerry Maguire”,it set a new record for the most Oscar wins for a British production.The story of Solomon Northup may be set on American soil, but this period drama is no tonly a British co-production but it’s helmed by English director Steve McQueen and it features major UK acting talent, including Chiwetel Ejiofor and Benedict Cumberbatch in key roles.The film’s harrowing tale of a free man forced into slavery made this a difficult but imperative watch, earning it not only the Best Picture award, but also Best Adapted Screenplay and Best Supporting Actress to then-newcomer Lupita Nyong’o.Though set in India and featuring a predominantly Indian cast, this drama about a young man from the slums reliving his life whilst competingon “Who Wants to Be a Millionaire?” is a wholly British film on the other side of the camera. Directed by Danny Boyle and written by Simon Beaufoy, who both won Oscars for their roles, the film took home eight awards in total, beating out major American competition at the time, such as “The Curious Case of Benjamin Button” and “Milk”.Musicals often prove a big hit with the Academy, and this melodic adaptation of “Oliver Twist”is certainly one of the classics. As one of the most beloved versions of Charles Dickens’tale of the runaway orphan turned pickpocket, the film is as much remembered for its sound track than it is for the story itself. Songs such as “Food, Glorious Food” and “ConsiderYourself” became a major part of British pop culture, making the film more than worthyf its six statuettes including Best Picture and Best Score.Another award-winning effort largely set in India, fifth spot goes to Richard Attenborough’sbiopic about the life of the leader of India’s independence movement, Mahatma Gandhi.

Also Read |  As Maniesh Paul is busy with Nach Baliye 9, Indian Idol will get a brand new host in Aditya Narayan

Recountinghis story from early protests in South Africa to his untimely death, “Gandhi” is anepic tale detailing the leader’s historic quest for peace and freedom. Led by Ben Kingsley’sfamous performance as the eponymous figure, this film would ultimately collect eight Oscars,in 1983.A film based on a French novel and set in Burma, David Lean takes the director’s chairfor this war epic. Telling the story of British POWs during World War II who are forced to build the titular bridge for the Japanese army, the film’s themes of uncompromising war and unbreakable morale resonated with a world not far removed from the conflict.“Bridge on the River Kwai” won seven Oscars, including Best Picture, Best Director and Best Act or for Alec Guinness – and it’s still considered a definitive achievement within its genre.Adapted for the screen by Robert Bolt, from a play that he wrote, this biographical drama centres on Henry VIII’s Lord Chancellor, Sir Thomas More. It’s regarded not only as a fitting testament to the man him self, but as one of the best biopics of all time.Paul Scofield’s performance as More netted him the Academy Award for Best Actor, but the film is equally remembered for its stellar supporting cast – from John Hurt to Robert Shaw, to the iconic Orson Welles.Recounting the 1924 Olympics from the perspective of two British athletes, this historical sports drama is as synonymous with running as “Rocky” is with boxing.

The simultaneous stories of Harold Abrahams and Eric Liddell serve to highlight the different reasons sport is important,and the film’s dual protagonist formula has proven influential in other sports movies since, like “Warrior” and “Rush”. And then there’s Vangelis’ breath taking score – it’s enough to inspire anyone to lace up their trainers.“Lawrence of Arabia” isn’t just the greatest British film to win Best Picture,it’s often listed as one of the greatest movies of all time. Another historical epic,it arguably made its title character more famous than any of his real-life accomplishments.Peter O’Toole plays T. E. Lawrence, a British army officer and archaeologist, in a career-defining role as one of cinema’s most captivating protagonists. From its visuals to its score,“Lawrence of Arabia” has earned its spot on cinema’s top table – a must-see for anymovie fan.

Also Read |  In love with an Aries? THESE are the professionals and cons of relationship this zodiac signal